Around two months, from October 16 to November 13, Australia will host the T20 World Cup. Following the one held in the UAE the previous year, this is the second T20 World Cup to be held in back-to-back years. The competition will begin in October with a preliminary first round.

Around two months, from October 16 to November 13, Australia will host the T20 World Cup. Following the one held in the UAE the previous year, this is the second T20 World Cup to be held in back-to-back years.

Between October 16 and October 21, eight teams competed in a preliminary first round of the competition for four slots in the Super 12 main round.

The two Super 12 teams are as follows:

Group 1: Afghanistan, A1, B2, England, New Zealand, and Australia

Group 2: Bangladesh, B1, A2, South Africa, Pakistan, and India

In the knockout rounds, which consist of two Semi-final matches that will be held in Sydney and Adelaide, the top two clubs from each of the Super 12 groups will square off. The two semi finalists that prevail will square off in the final on November 13 at the MCG.

In actuality, Australia was supposed to host the 2020 T20 World Cup. However, due to the pandemic, where it was impractical to host 16 teams at once, not only was the competition postponed, but Australia also decided not to host the event that year. As a result, it was determined that the competition would be held in Australia in 2022.

India had previously made plans to host the T20 World Cup in 2021. Furthermore, they were unaffected by Australia’s judgment. The IPL 2021 had already been suspended mid-season by the second wave of the virus in India, but this caused the BCCI to relocate the event to the UAE.

Now that Aaron Finch’s team will compete in the T20 World Cup in 2022, they have a fantastic potential to make tournament history by becoming the first team to successfully defend their T20 World Cup title. Australia is a beast in its own environment and will strive to go down in history.

Sri Lanka, Along With West Indies, Is All Set to Be in the Preliminary First Round!

Speaking of West Indies and Sri Lanka, the two former T20 World Cup champions have declined significantly over time. Such that they will first have to compete in the Preliminary round of the 2022 T20 World Cup after failing to qualify directly for the Super 12 phase.

While West Indies, Zimbabwe, Scotland, and Ireland make up Group B, Sri Lanka is in Group A along with Namibia, the Netherlands, and the United Arab Emirates. The Lankans were in a similar predicament last year but were victorious in all three of their games.

The preliminary round will be played in Geelong and Hobart, which will also host a few Super 12 games; Sydney, Adelaide, Perth, Brisbane, and Melbourne are the other cities; the MCG will host the India-Pakistan match as well as the Final. This is in contrast to the UAE, where only three venues were available to host the tournament.

Players Who Were the Supreme Attraction in the 7 T20 World Cup; It’s Time to Wonder Who Will Be Playing Their 8th Tournament

The T20 World Cup has featured a total of 653 different players over the years. Only six of them—Rohit Sharma, Shakib Al Hasan, Dwayne Bravo, Chris Gayle, Mahmudullah, and Mushfiqur Rahim—have participated in all seven tournaments to date. Bravo and Gayle are the only two of these who have left international cricket, with the other four certain to participate in this year’s competition.

The primary international Twenty20 cricket championship is the ICC World Cup. The original concept called for championships to be held every two years, but it wasn’t always followed; the most recent two championships took place in 2016 and 2021.

The International Cricket Council (ICC) is in charge of organizing the competition. The eighth edition of the cup is set to take place from October 16 to November 13, 2022. With 16 nations scheduled to compete in a total of 45 matches and Australia serving as the host nation, we can anticipate a Twenty20 spectacle that will run for over a month.

The T20 Cup in 2022 will feature the defending champions, Australia, as well as the runners-up from the previous year, New Zealand, and eleven other nations. The Global Qualifiers decide the final four positions.

On the island of Tasmania, the major cities of Brisbane, Sydney, Melbourne, Geelong, Adelaide, Perth, and Hobart will welcome the teams and spectators alike. For all true sports lovers, the T20 World Cup in 2022 is expected to be a tremendous show.

What To Expect from ICC Cricket World Cup 2022?

This game kicks off the tournament’s first round. Eight teams make up the round; half of them are the top teams from the Global Qualifiers, and the other four are the teams that finished 9th to 12th in the 2021 World Cup.

Two groups of four teams each are formed from the eight teams. The top eight teams from the prior round will join the winners and runners-up from both groups in the Super 12 round of the cup.

A group stage with two groups of six teams each is part of the Super 12 stage. In the knockout stage, which consists of two semi-final matches, the top two teams from each group advance. The T20 World Cup is the ultimate reward, and the semi-final winners play for it.

So, these were some of the most exciting and informative updates which would have provided you with the much-needed details about the t20 world cup news extensively.

Know all about cricket betting and updates at CBTF betting. Get the updated expert betting tips at https://cricketbettingtipsfree.com/.

Check out our videos to get the latest useful information about winning betting tips, casino tips, and expert opinions at CBTF Tube. Visit https://www.cbtfmytube.com/. 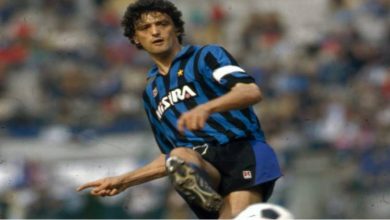