The United States is a country of sports fans. Competition is at the core of American culture and it is this instinctive desire to do better that has helped it to become the world’s biggest economy.

In fact, nearly half of the US population watches live sports at least once a month and that figure rises during months when the World Series, Super Bowl, March Madness, and the NBA Finals take place. In the case of the Super Bowl, more than 100 million people tune in just to watch that one Sunday evening game.

The American love of sport can also be seen in how popular betting on games is. Placing wagers online was only legalized in mid-2018, but since then, around two dozen states have permitted their residents to bet on sports. In most states, competition among sportsbooks is fierce, so they run promotions like free bets that don’t require a deposit as a way to encourage customers to use them over a rival.

Even without these bonuses and offers, demand would likely still be huge. Revenues have been growing exponentially, in Pennsylvania, sportsbooks made $17.46 million in December 2019, a year later, this figure was nearly three times larger at $45.34 million.

Despite sport in the United States being immensely popular, its population spends most of its attention on homegrown competitions. Baseball, basketball, and American football are the nation’s three favourite choices, with both professional and college teams enjoying huge followings.

But since the 1990s, football (or soccer, as it’s known there) has been slowly gaining a following. Several professional soccer leagues have been founded in the US, though most have folded fairly quickly.

Major League Soccer has enjoyed a different fate. The formation of the league was a condition placed on the US when it was awarded the rights to host the FIFA World Cup in 1994. It was formed in 1995 and hosted its first season in 1996.

MLS struggled in its early years, losing money and seeing two teams fold after the 2001 season.

The US national team’s unexpected success at the 2002 World Cup and the 2007 introduction of the Designated Player Rule that allowed stars from European leagues to join MLS teams helped to boost the popularity of the league.

David Beckham was one of the early designated players. He joined LA Galaxy from Real Madrid with much fanfare, along with the Colombian Juan Pablo Ángel who moved to the New York Red Bulls from Aston Villa, and Mexican player Cuauhtémoc Blanco joined the Chicago Fire from Club América.

In the years that followed, the MLS became a place for football superstars to run out the twilight years of their careers, with many big names crossing the pond, including Thierry Henry, Robbie Keane, and Jermain Defoe. 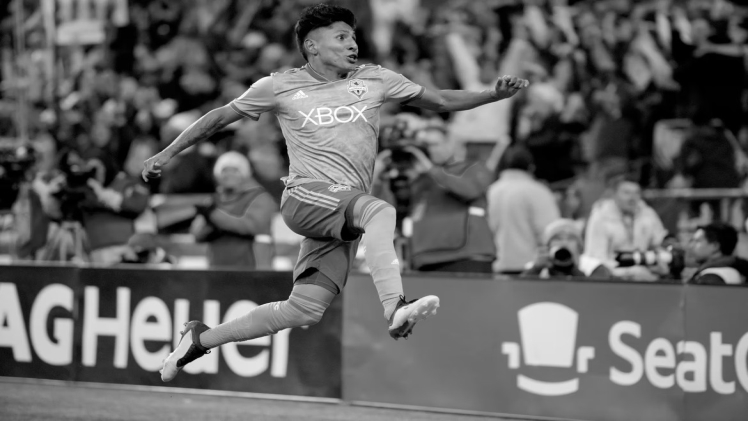 In more recent years MLS has begun to focus more of its resources on developing younger talent, rather than spending millions on European has-beens just for the celebrity value that they bring.

Teams have also begun to move out of their shared stadiums into purpose-built homes, improving the overall experience for fans. MLS is also expanding to a whopping 30 teams in 2022, three times more than it started with in 1996.

TV viewing figures are also up. ESPN and ABC reported a 50% viewership increase in 2021 on the previous year and a 39% increase when compared to 2019. Spanish-language broadcasters Univision and UniMas also recorded their highest viewing figures in the US.

Thanks to all of this, MLS teams have become worth more than many mid-table European sides.

Los Angeles FC is currently valued at around $860 million, which would make it the fifth most valuable team in the English Premier League just ahead of Tottenham Hotspur and below Liverpool. MLS’ least valuable club, the Colorado Rapids, are still worth more ($370 million) than nine EPL teams.

These valuations are so high because owners and investors are confident that the league will continue to grow, and are, therefore, “pricing in” this positive outlook.

While this is still quite a long way behind the behemoths of the NFL and NBA, MLS has broken the tradition of US soccer leagues failing and has actually helped the sport to build a strong following within the country.

The 15 Top Cities for Single Ladies

Is He Cheating On Line? 7 Indications From a Relationship Mentor

Playing Online Casino Games When You Have a Busy Routine